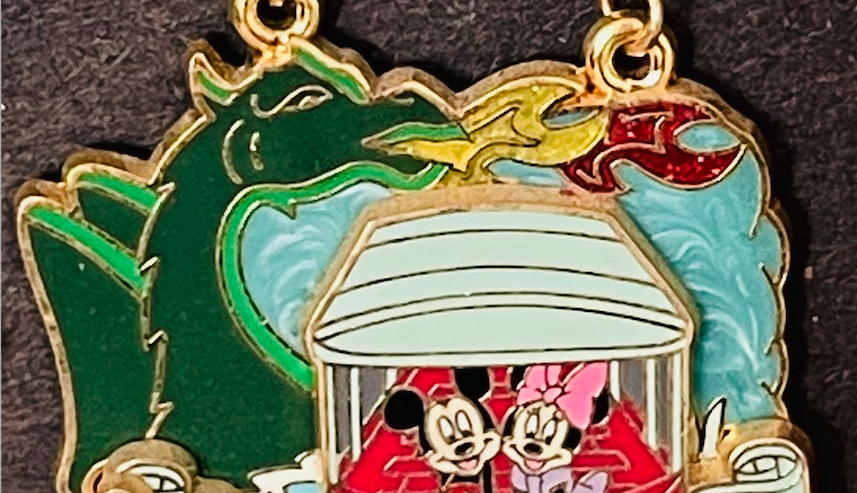 There have only been a few Disney collectors pins based on the Discovery Riverboats. This is largely due to a very short attraction life of ~ 1 1/2 years (1998-1999) and the fact that the ride no longer existed by the time Walt Disney World started producing the modern series of collectors pins as part of the Millennium Celebration of 2000.

The first pin (below) was originally available in 1998 and sold pinned to a hat along with a few other pins. Because this was prior to Disney Pin Trading in the parks, there is no mention of trading. The front of the pin in completely flat with the only texture coming from the overlap of a multi-layer print process rather than an embossed or cloisonne process. The back only contains a black printed statement of “(c) Disney Made in China” as opposed to the stamped pin backs we have now.

Additional information can be found at Pin Pics: http://www.pinpics.com/pinMT.php?pin=592

In 2007, Walt Disney Wolrd released a series of pins titled “Remember When”, recognizing attractions of the past. This included a nod to The Skyway, The Swanboats, Alien Encounter, Main Street Electrical Parade, Horizons, Mr. Toad’s Wild Ride, World of Motion, Kitchen Kabaret and Discovery Riverboats.

The entire series feature a pin of the attraction chained from another pin featuring the attraction’s name. Release in 2007, each pin was limited to 750. On the back of the pin, in addition to the edition size, there is an official Disney Pin Trading logo as well as the opening date of the attraction: April 22, 1998. This really is a wonderful pin, featuring the (never seen) dragon (including flames) and a fairly good representation of one of the boats. While the attraction title does capture the essence of the ride, it does not match of (what was) the actual ride sign.

Additional information can be found at Pin Pics: http://www.pinpics.com/pinMT.php?pin=55846

While not explicitly a Riverboat pin, you can see the Upcountry Landing dock on one of the pins from the Atlas Series.